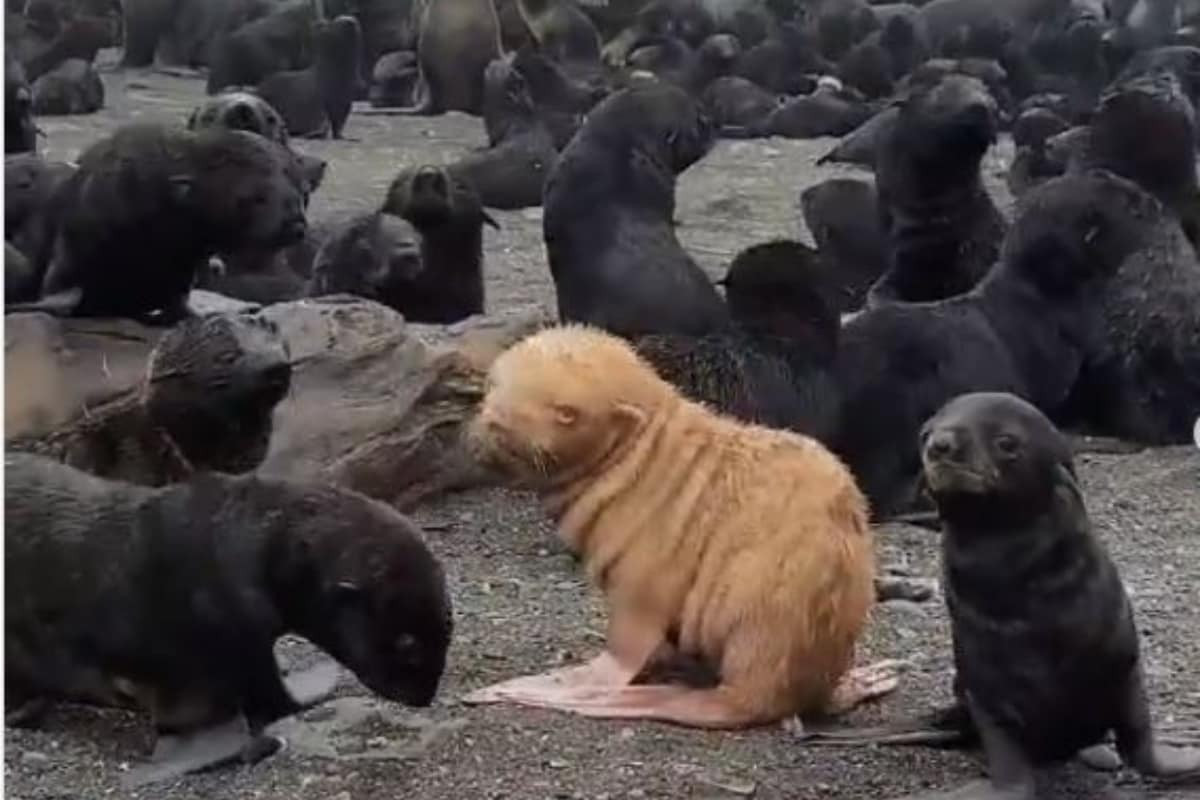 A rare albino seal has been sighted in the Sea of Okhotsk in Siberia, which is, owing to its oddity, at risk of getting outcast by its community. Covered in ginger fur and possessing blue eyes, the poor animal is easily distinguishable from the lot.

Researchers have named it “Ugly Duckling”. While the seal has become very popular among humans on the internet, it is quite lonely among its peers.