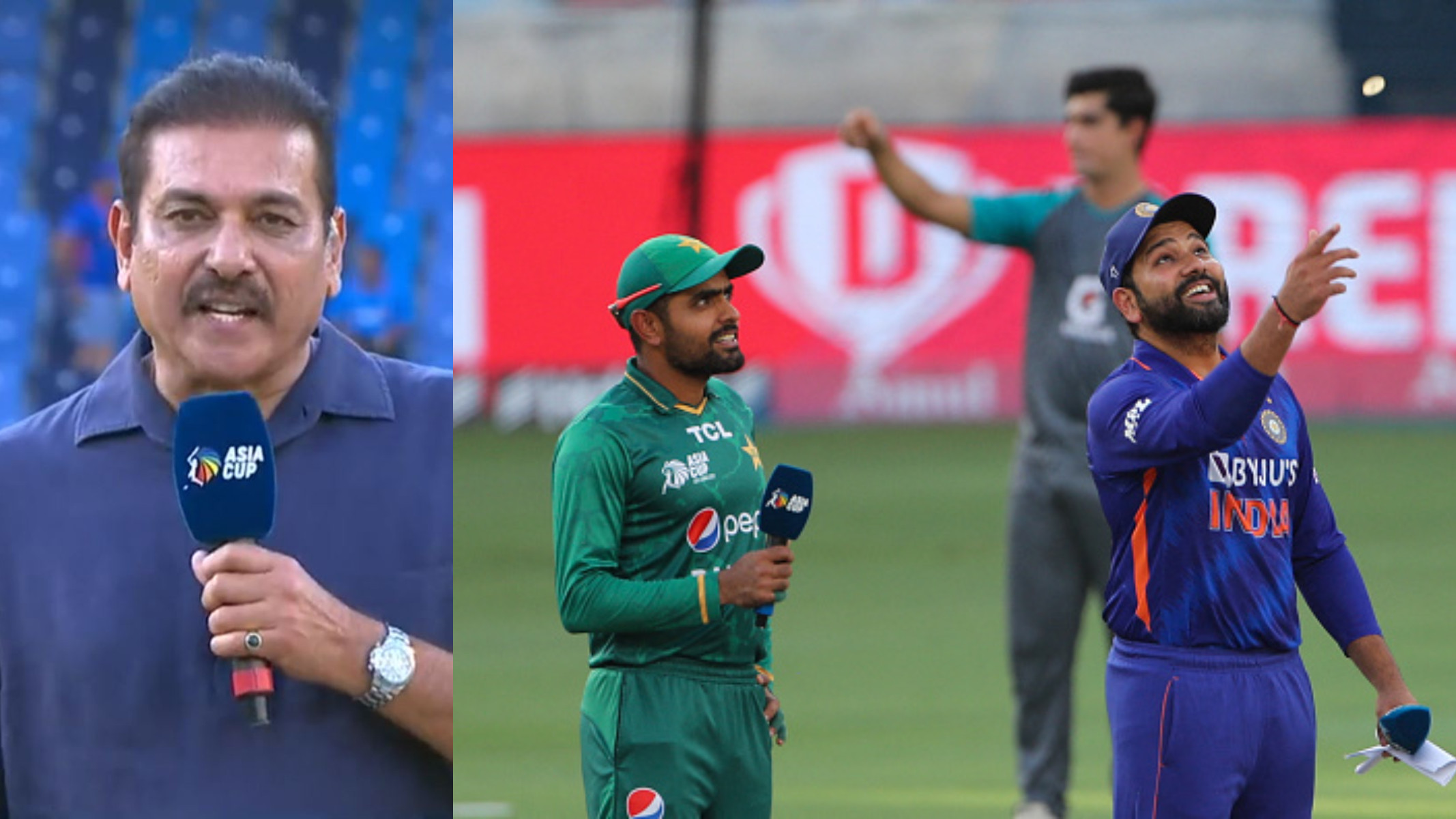 Pakistan captain Babar Azam won the toss and opted to bowl first against arch-rivals India in the second match of the 'Super 4' stage of the ongoing Asia Cup on Sunday in Dubai.

This highly anticipated match began with presenter and former India cricketer Ravi Shastri bungling up the coin toss call. Rohit Sharma had flipped the coin and Babar Azam shouted tails in the mic. However, Shastri misheard the call and announced that the Pakistan skipper had called heads.