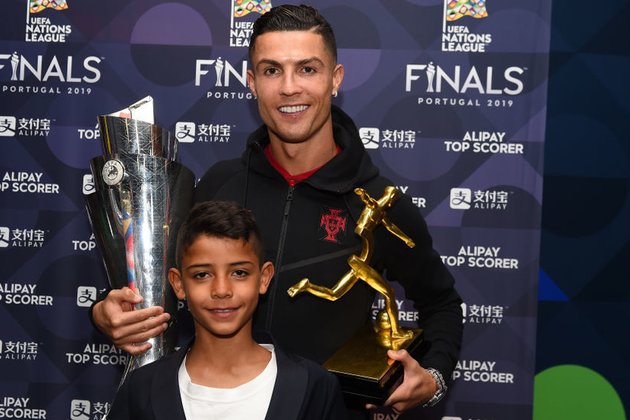 Cristiano Ronaldo and Cristiano Jr. will share the iconic number 7 shirt at Manchester United after the 11-year-old, who has been hailed as the "future" by his superstar father, officially joined the Premier League giants' academy.

"Delighted to finally have my signing day done. Even better to have mine with teammates," wrote fellow wonderkid Gabriel, tagging Cristiano Jr as the pair held up their number 7 and number 10 shirts.