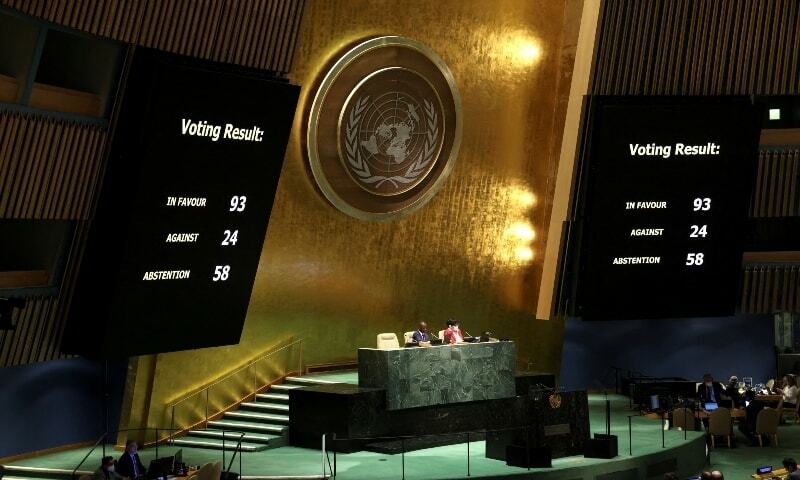 The United Nations General Assembly (UNGA) suspended Russia from Human Rights Council as 93 countries voted in favour of the draft resolution, 24 countries voted against it, and 58 countries abstained.

At the UNGA, India abstained from voting on the draft resolution to suspend Russia from UNHRC over Ukraine crisis.