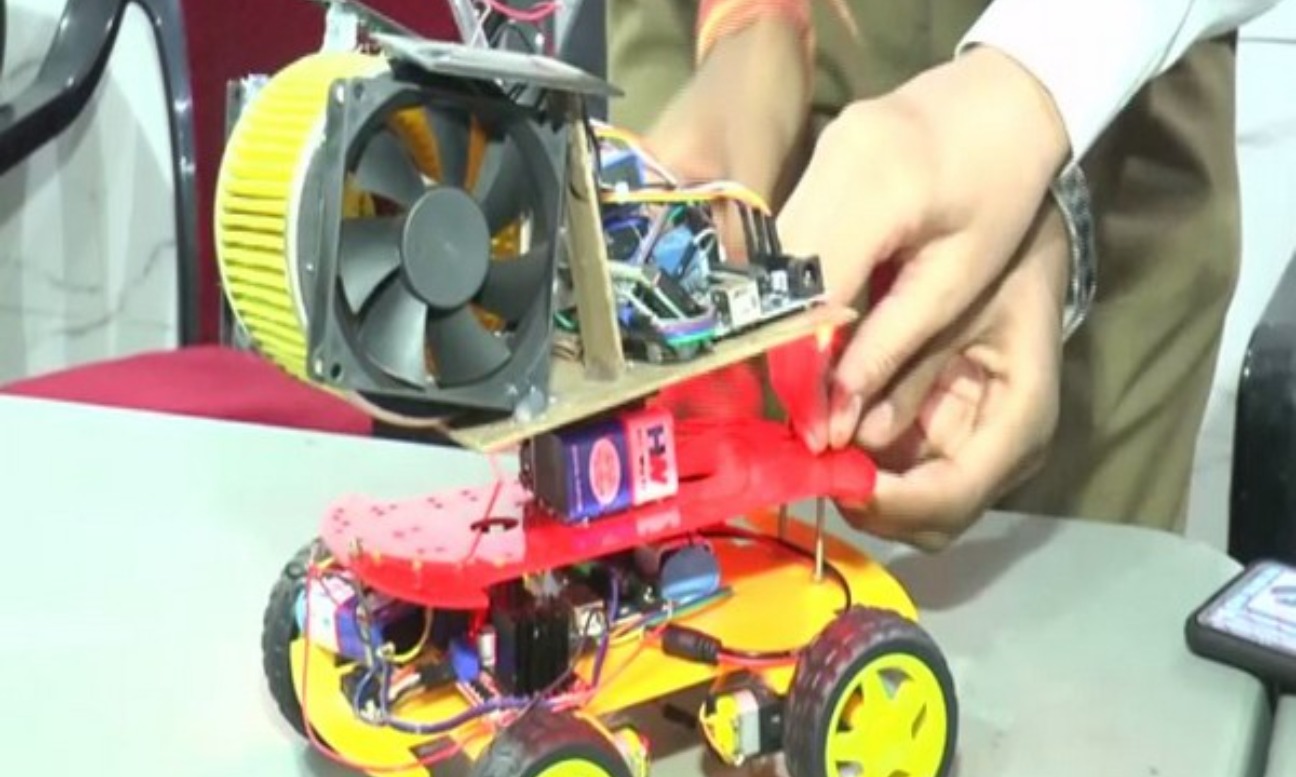 During rising air pollution in several states of India, a student of class 11 from Kanpur has developed a unique robot that soaks up pollutants from the air and acts as a purifier.

Pranjal invented an ‘Air Purifier Robot’ along with his classmate Aarendra. “When operational, the robot can filter the polluted air and clean air would be released in the atmosphere whereas the polluted particles will remain behind in the air filter inside,” he added.