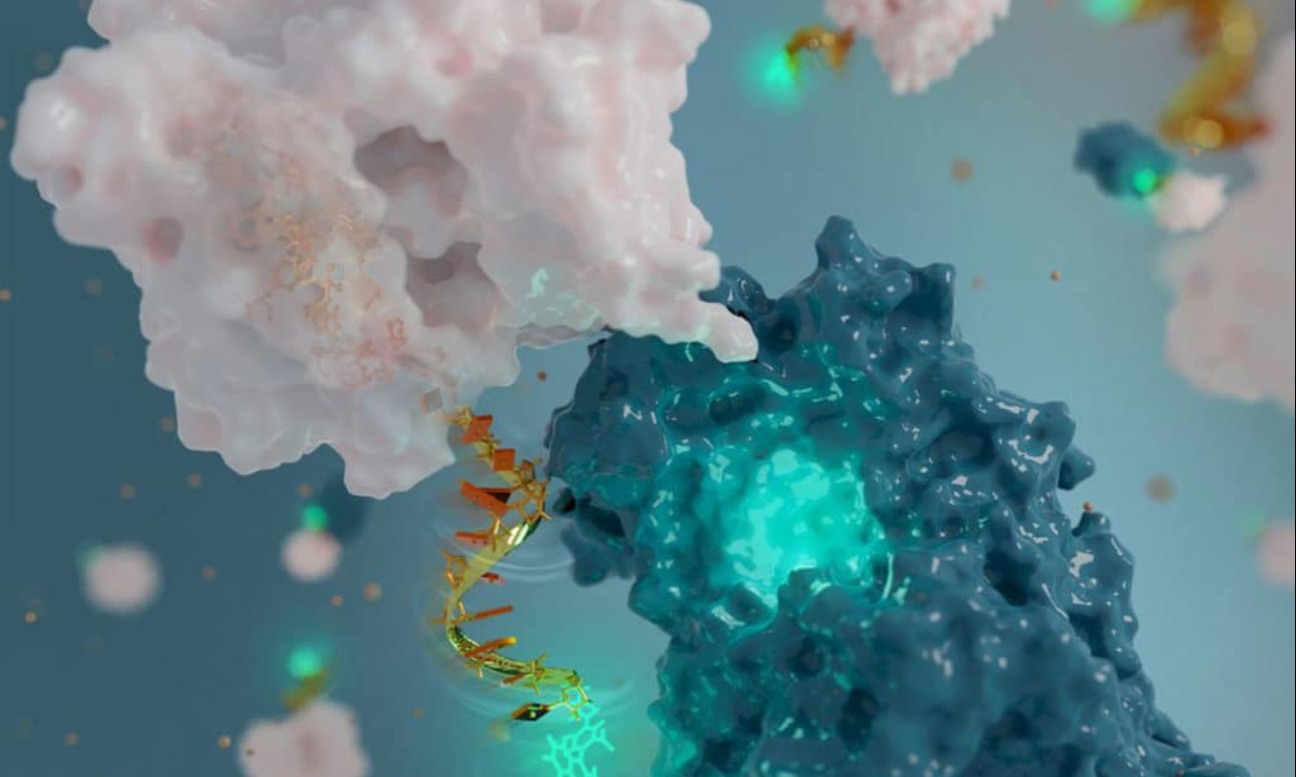 In a new study, scientists at Université de Montréal have used DNA to build the world’s tiniest antenna. They created this nanoantenna to monitor the structural change of proteins over time.

Like a two-way radio that can both receive and transmit radio waves, the fluorescent nanoantenna receives light in one colour, or wavelength, and depending on the protein movement it senses, then transmits light back in another colour, which we can detect.