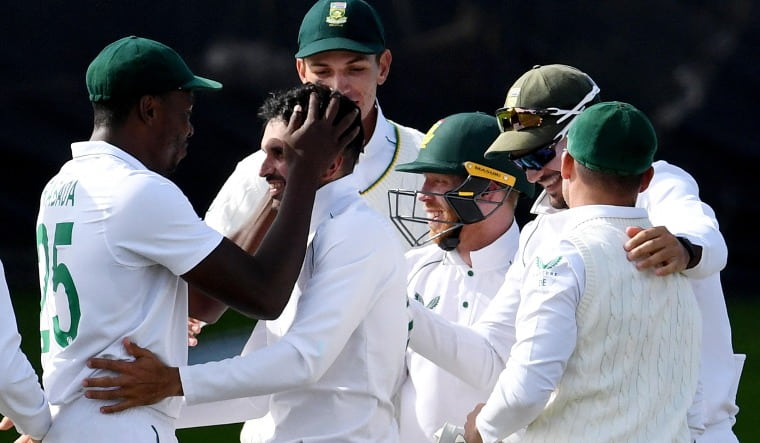 After setting New Zealand a target of 426, South Africa bowled out the home team for 227 to win with more than a session remaining at Hagley Oval in Christchurch.

South Africa scored 364 batting first, led by a maiden century to opener Sarel Erwee, then bowled out New Zealand for 293 to take a 71-run first-innings lead. Tuesday's defeat completed a home summer in which New Zealand shared both of its Test series, losing the first Test and winning the second against Bangladesh and winning the first but losing the second against South Africa.