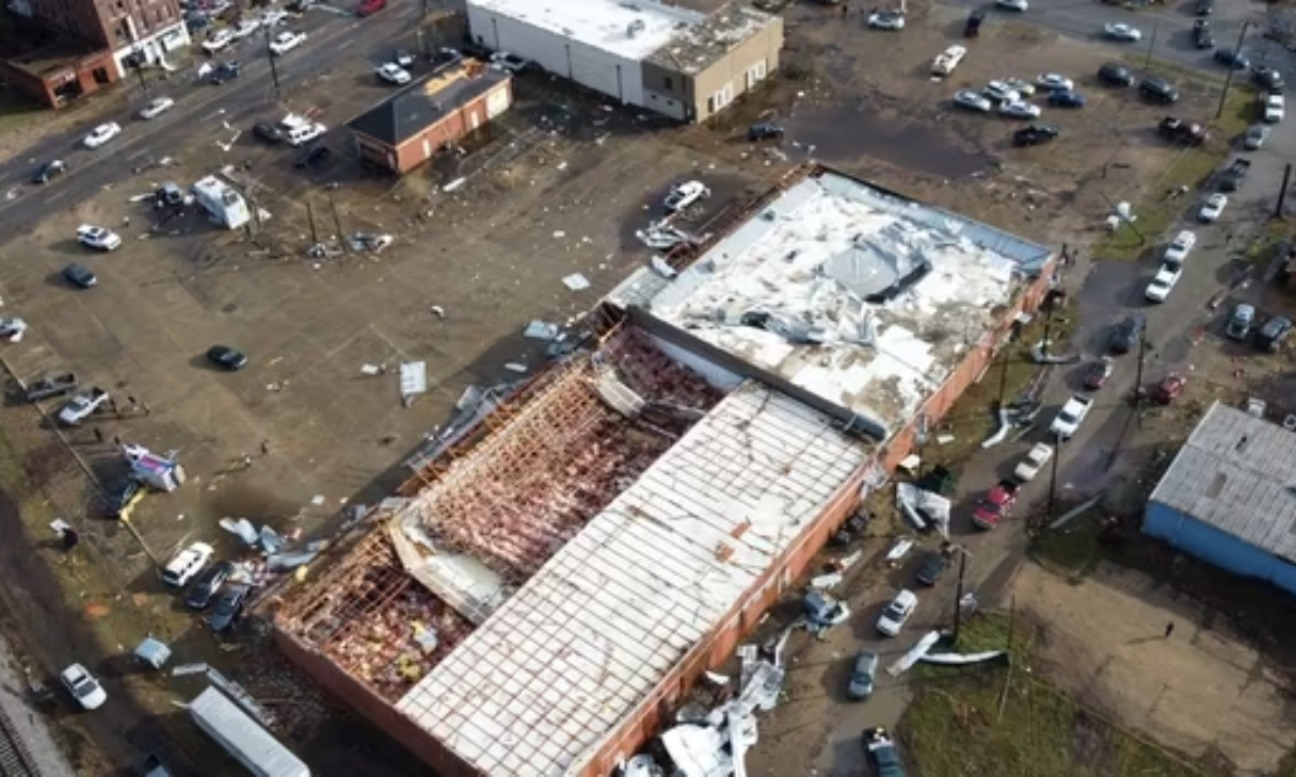 A massive storm system whipping up severe winds and spawning tornadoes cut a path across the US South, killing at least seven people in Georgia and Alabama, where a twister damaged buildings and tossed cars in the streets of historic downtown Selma. After the storm began easing on Thursday night, tens of thousands of customers were without power across the two states. A city of about 18,000 people, Selma is about 50 miles (80 kilometres) west of Montgomery, the Alabama capital.