News > Spiders on Tiny Treadmills Give Scientists the Side-Eye

Spiders on Tiny Treadmills Give Scientists the Side-Eye 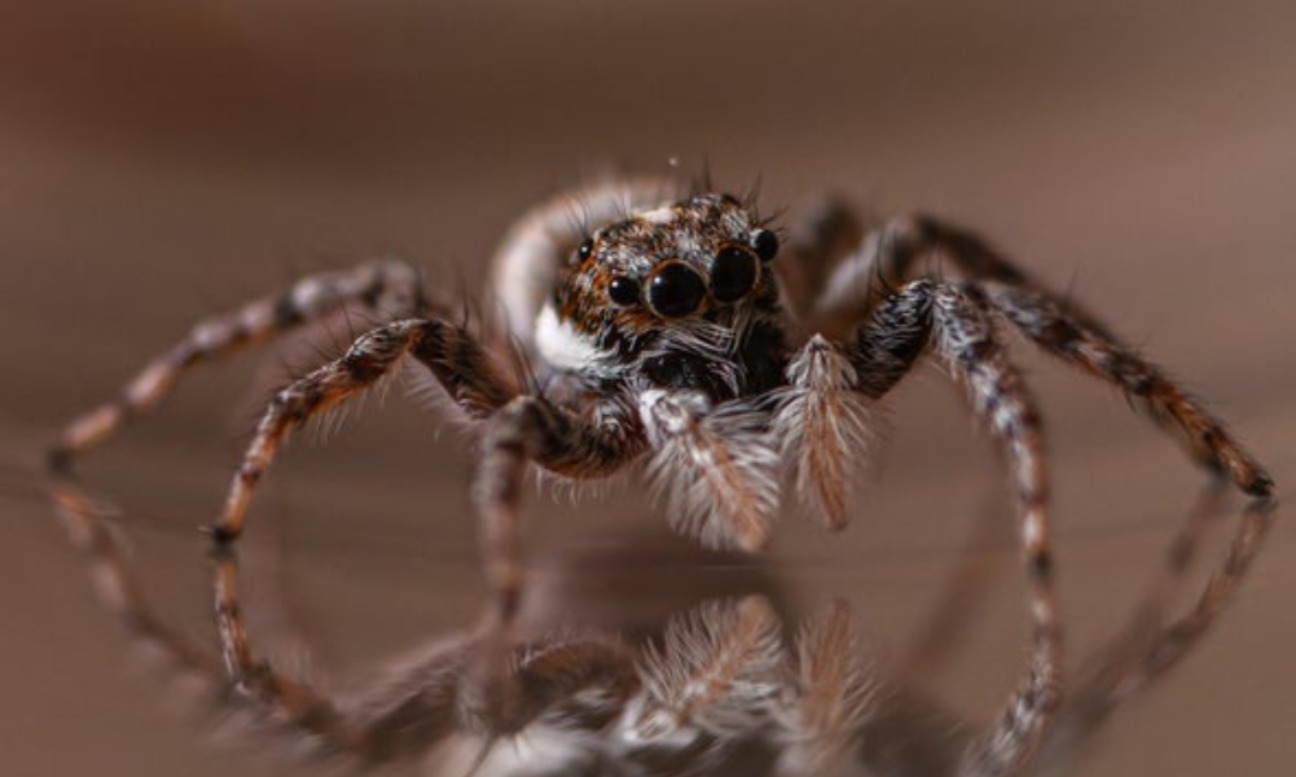 Humans have long imagined what it would be like to see the world through different eyes. In Greek and Roman mythology, for example, the giant Argus Panoptes used his dozens of eyes to keep watch. The poet Ovid reported that they acted in independent pairs, with two at a time going to sleep while the rest remained alert.

A smaller many-eyed mystery fascinates scientists today: members of the family Salticidae, or jumping spiders, with their front pair of large, round eyes and three smaller peepers on each side of their head.