News > The Moon photobombs NASA's view of the Sun

The Moon photobombs NASA's view of the Sun 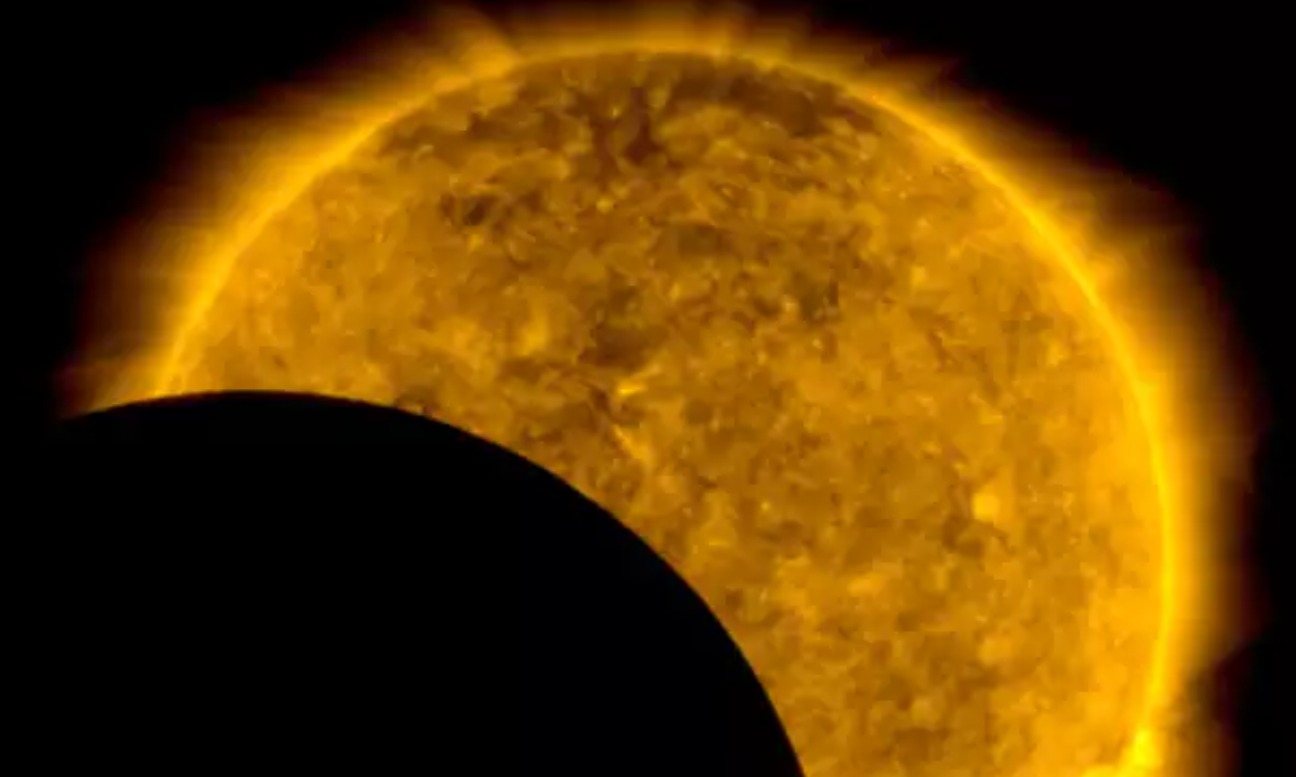 The Moon, where humans one day hope to live, photobombed the National Aeronautics and Space Administration (NASA) view of the Sun. This ‘lunar transit’ lasted around 50 minutes and covered around 44% of the Sun on October 16.

As the Moon chose to fly by the spacecraft, it also covered two of the SDO’s fine guidance sensors. This makes it appear as though the Sun ‘jitters’ slightly during observation.