News > To protest against bad roads, Bengaluru man dresses up as Yamaraj

To protest against bad roads, Bengaluru man dresses up as Yamaraj 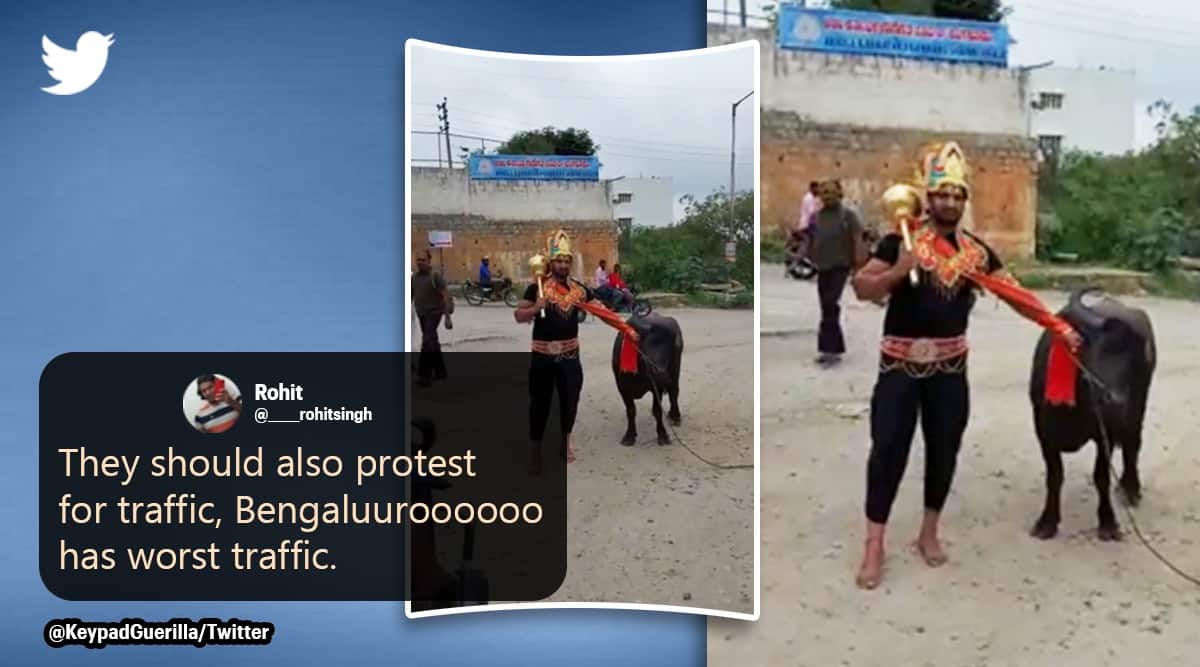 A man dressed up as Yamaraj and bought a buffalo along with him to protest against the poor condition of roads in Bengaluru. In a video, the unidentified man is seen standing in the middle of a dilapidated road with the buffalo as people around him shout slogans.

While sharing the video, a Twitter user wrote, “Anjanapura residents in #Bengaluru carried out innovative protest by inviting Lord Yama to highlight #pothole issue in their locality."