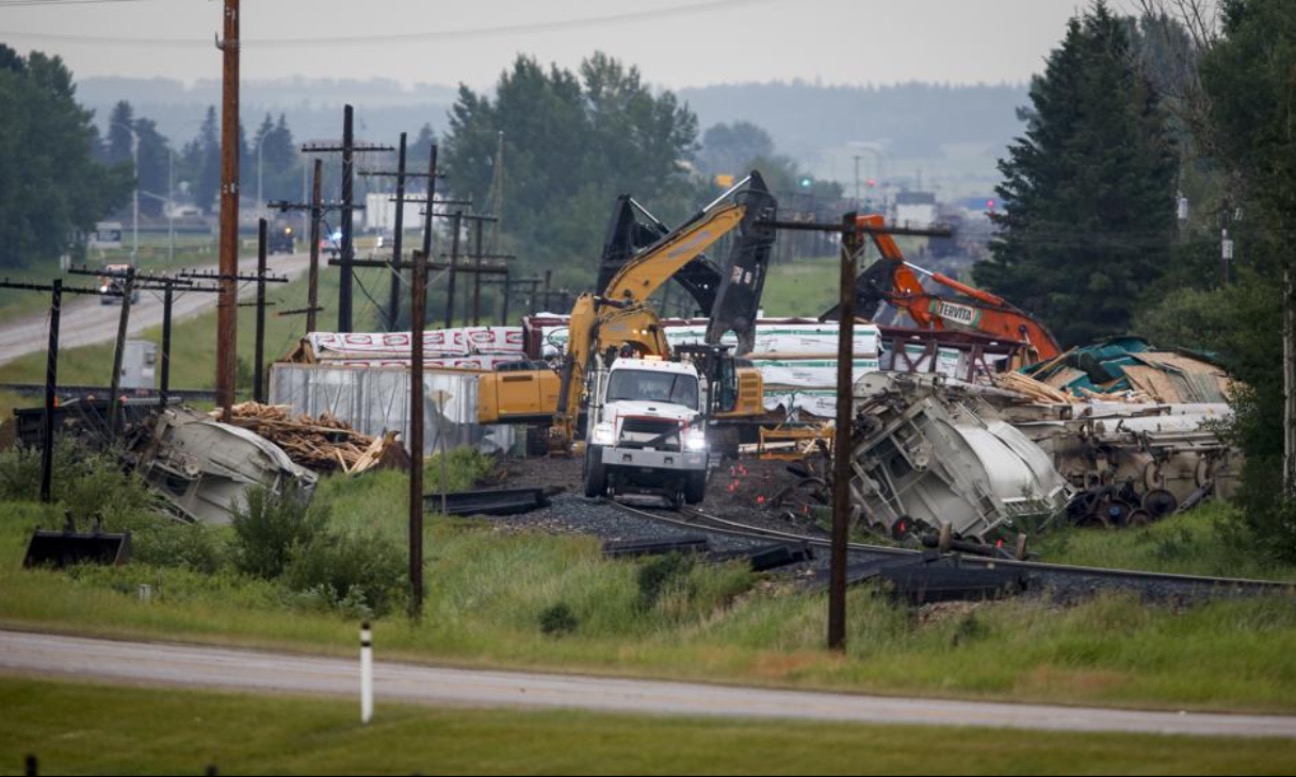 Twenty-two cars of a train carrying tar sands and timber derailed in the Canadian province of Alberta, spilling at least part of its load, officials said Saturday, though there were no reports of injuries.