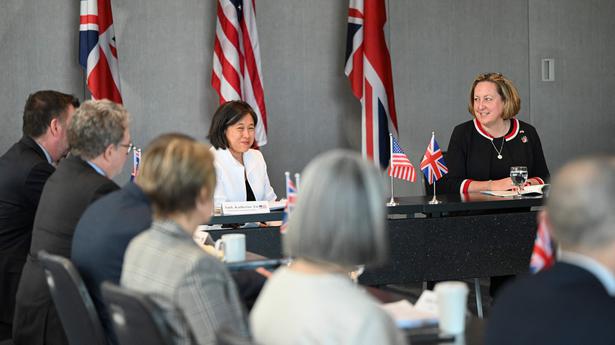 The pair previously met in Baltimore in late March and announced a deal to end tariffs on steel and aluminum imports imposed by former US President Donald Trump.