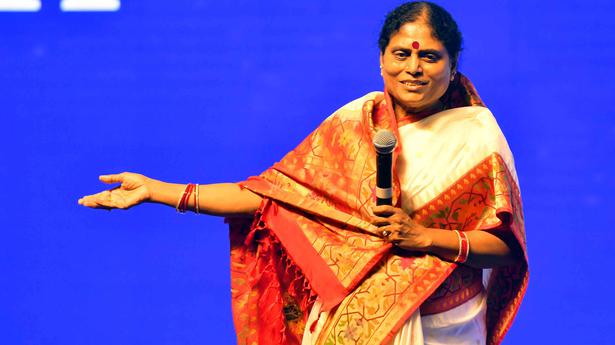 Honourary president of YSR Congress Party and the wife of former Chief Minister Y.S. Rajasekhara Reddy, Y.S. Vijayamma announced here on Friday that she was resigning from the YSRCP and added that she would stand with her daughter Y.S Sharmila, president of YSR Telangana Congress.

“My son Y.S. Jagan Mohan Reddy and my daughter Y.S. Sharmila have inherited the legacy of Dr. Rajasekhara Reddy.”