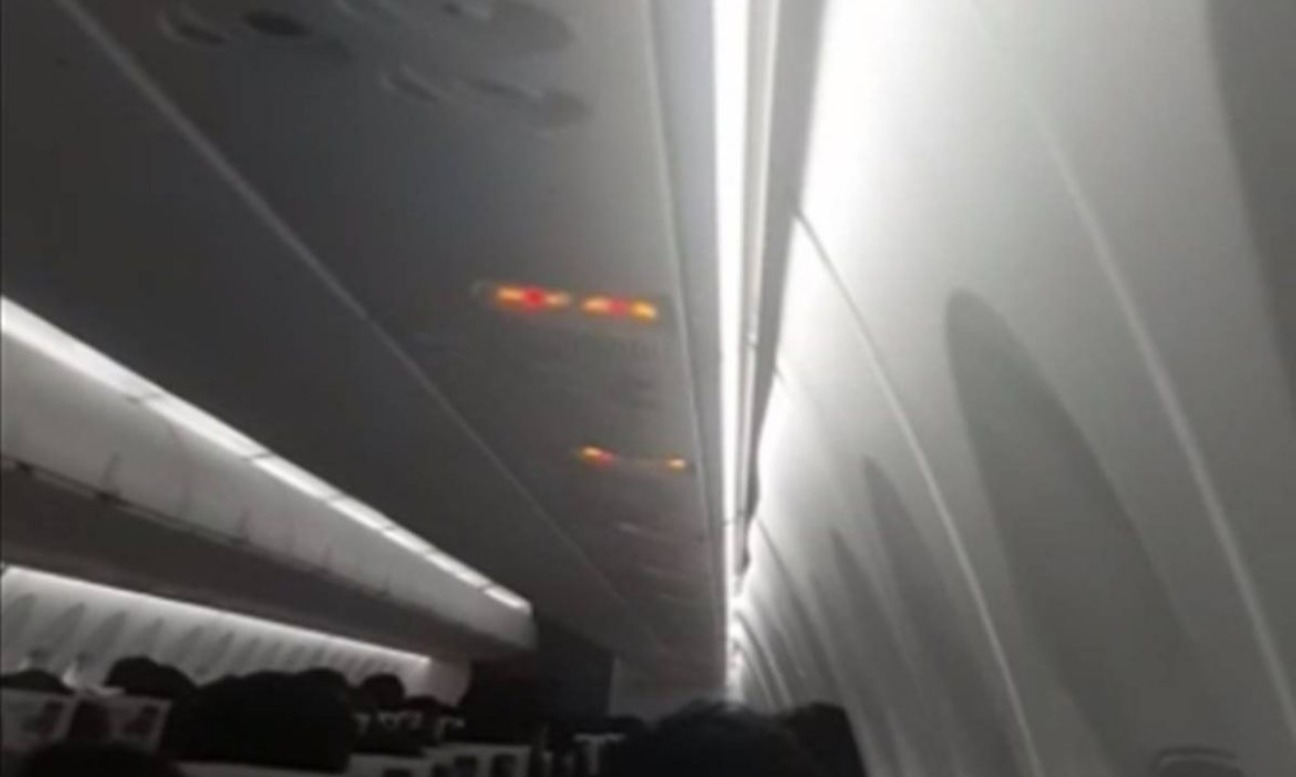 A video has gone viral on social media in which water dripping was spotted in a SpiceJet plane flying from Mumbai to Jabalpur.

One of the passengers, Kamal Grover, a resident of Jabalpur said that he was traveling along with his elder brother to Jabalpur from Mumbai in the SpiceJet flight SG-3003 on Wednesday. His seat number was 19D whereas his brother’s seat number was 17D. When he boarded the flight, he saw that there was water dripping on seat number 17D and 18D.