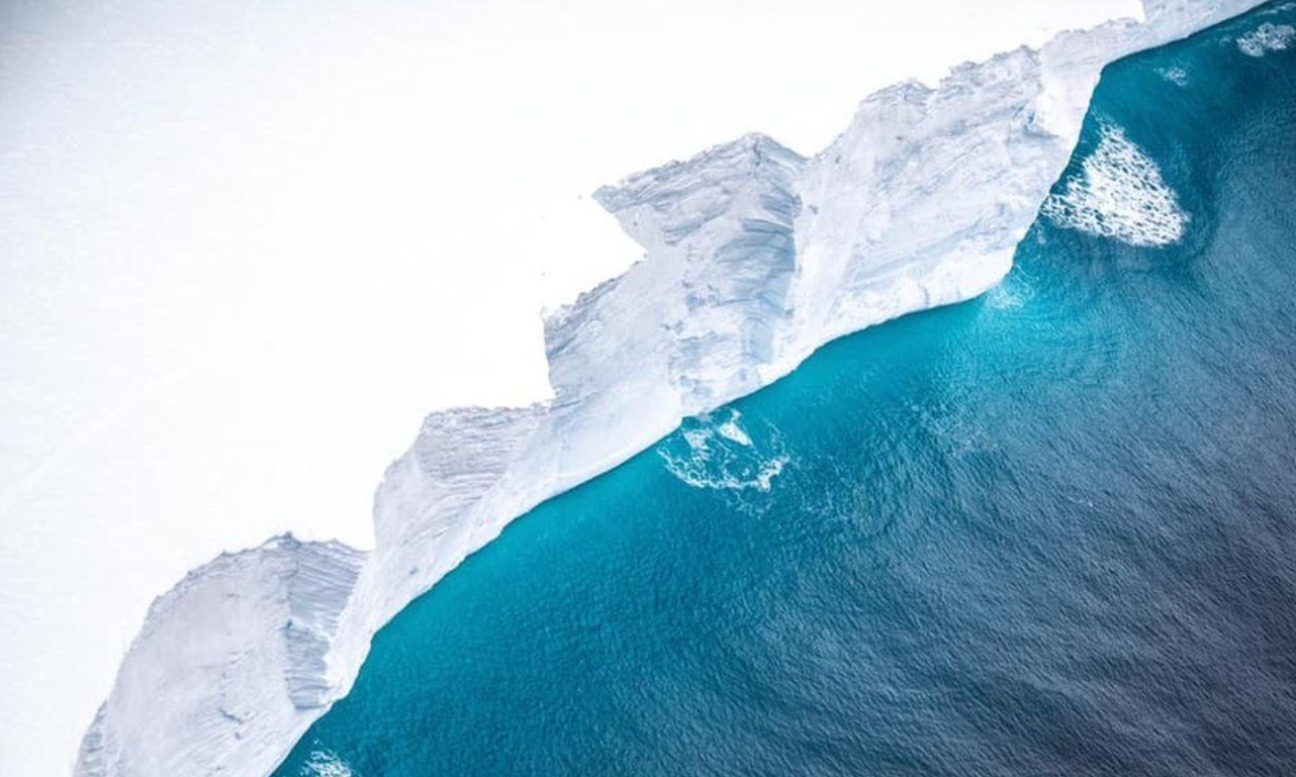 An RAF aircraft has obtained images of the world's biggest iceberg as it drifts through the South Atlantic. The A400m transporter flew low over the 4,200-sq-km block, known as A68a, to observe its increasingly ragged state.

The pictures reveal multiple cracks and fissures, innumerable icy chunks that have fallen off, and what appear to be tunnels extending under the waterline. The Antarctic berg is currently bearing down on the British Overseas Territory of South Georgia.