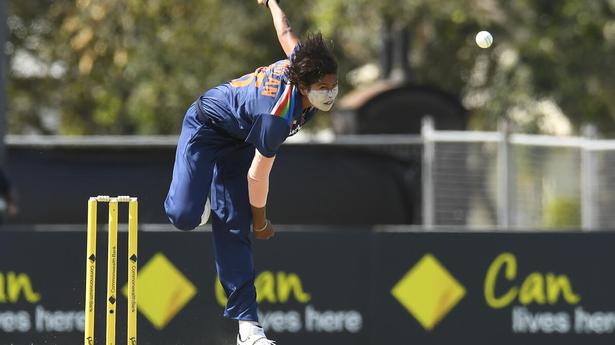 Sophie Ecclestone has removed Yastika Bhatia to break the 96-run stand. However, Smriti Mandhana is inching closer to her fifty with Harmanpreet Kaur on the crease. India lost Shafali Verma in the 2nd over in 228-run chase. Earlier, England set a 228-run target for India after sent to bat.

It was Alice Davidson-Richards who scored her maiden ODI fifty and Danni Wyatt’s 43 that powered England to a competitive 227/7 total.