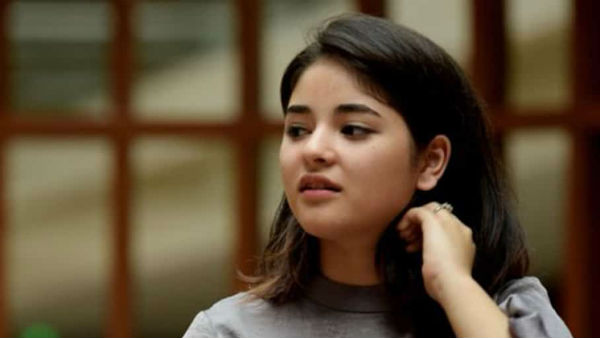 Actress Zaira Wasim was in the limelight since the past two days owing to her recent tweet,  from the Qur'an.  Zaira's tweet didn't go down well with her followers. Soon, after receiving backlash from the netizens, Zaira deactivated her Twitter and Instagram account. About an hour ago, Zaira made a return to both,  saying "I'm just a human, like everyone else, who's allowed to take a break from everything whenever the noise inside my head or around me reaches its peak :)."